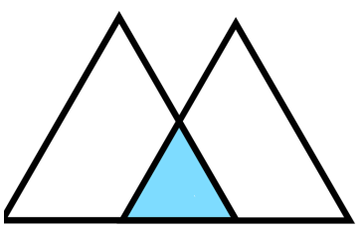 Master's Thesis (UBC, 2009):
The experience and meaning of tattooing and piercing in women who have experienced relational traumas

The aim of this study was to examine the experience and meaning of tattooing and piercing in women who had experienced relational traumas, defined as any context in which two or more human beings interact with one another in which a traumatic event occurs, whether these beings are relatives, friends, acquaintances, or strangers. A phenomenological study was conducted. Seven women, ranging in age from 23 to 52, who identified as having experienced relational traumas, were interviewed in depth about their experiences of tattooing and piercing, and the meanings and purposes these body modifications served in their lives. Six prominent themes emerged from a thematic analysis of the data. These themes are: 1) Remembrance; 2) Connection; 3) Identity; 4) Permanence; 5) Healing, Coping, and Closure; and 6) The Significance of Pain. The findings of this study revealed a great deal of complexity in terms of the reasons why women chose to tattoo and pierce following the experience of relational traumas. A connection is made between these findings and feminist literature that demonstrates the importance of relationships and connections in the lives of women, and how tattooing and piercing may aid in that regard. The literature on self-injurious behaviours, such as cutting, is also discussed, and some consideration is made as to whether tattoos and piercings may be, for some, socially acceptable forms of self-harm. The implications for practice and future research are also discussed.

Doctoral Thesis (UBC, 2019):
“Beautifully Strange”: Understanding the Experience of Tattooing and Piercing in Women Who Engage in Non-Suicidal Self-Injury

Non-suicidal self-injury (NSSI) is defined as the deliberate and intentional damage or destruction of parts of one’s body, without the intention of committing suicide (Klonsky, 2009a; Shenk, Noll, & Cassarly, 2010; Whitlock, Eckenrode, & Silverman, 2006). NSSI is most often performed through cutting, burning, or scratching one’s skin (Briere & Gil, 1998; Conterio & Lader, 1998; Favazza & Conterio, 1989; Klonsky, 2007a, 2007b). The self-injury literature routinely distinguishes between NSSI and behaviours that are deemed socially acceptable, such as tattooing and piercing (Claes, Vandereycken, & Vertommen, 2005; Eberly, 2005; Heath, Toste, Sornberger, & Wagner, 2011; Walsh & Muehlenkamp, 2013). As a result, the relationship between NSSI, tattooing, and piercing is rarely acknowledged or explored in the research literature, leaving tattooing and piercing generally ignored in the discourse surrounding NSSI. In an attempt to understand the relationship between these acts further, I conducted a study to offer some possible answers to the research question: How might we understand the experience of tattooing and piercing in women who have engaged in NSSI? In this study, grounded in Gadamer’s (1960/1989) philosophical hermeneutics, ten Canadian and American women between the ages of 21 and 33 were interviewed about their experiences of engaging in NSSI, tattooing, and piercing. Their responses revealed a complex relationship between these behaviours. NSSI, tattooing, and piercing were explored and discussed in relation to a number of topics, including psychosocial integration, emotion regulation and dysregulation, tact, spirituality, art, impulsivity, embodiment, communication, harm reduction, and suicide. I found that NSSI, tattooing, and piercing have similar cultural and spiritual roots, can be ways of managing emotion dysregulation, can feel therapeutic, and can serve as forms of communication. Additionally, I found that tattooing and piercing can serve as substitutes for and forms of NSSI. Limitations, implications for practice, and directions for future research were also discussed.